An incredible procedure to treat an enlarged prostate 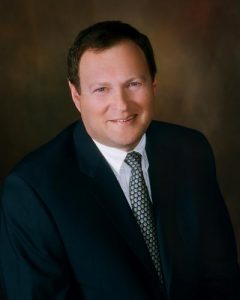 Benign Prostatic Hyperplasia (BPH) is a common, benign (non cancerous) condition in older men in which you see a enlarged prostate.  The prostate is a walnut-sized gland that produces semen, the fluid that transports sperm.  Located in front of the rectum and just below the bladder, where urine is stored, the prostate surrounds the urethra (the tube carrying urine out of the body).  The enlarged prostate squeezes the urethra causing difficulty with urination.

The cause of BPH is not well understood.  No definite information on risk factors exists.  For centuries, it has been known that BPH occurs mainly in older men and that it doesn’t develop in men whose testes were removed before puberty.  For this reason, some researchers believe that factors related to aging and the testes may spur the development of BPH.

Throughout their lives, men produce both testosterone, an important male hormone, and small amounts of estrogen, a female hormone.  As men age, the amount of active testosterone in the blood decreases, leaving a higher proportion of estrogen.  Studies done on animals have suggested that BPH may occur because the higher amount of estrogen within the gland increases the activity of substances that promote cell growth.

BPH rarely causes symptoms before age 40, but more than half of men in their sixties and as many as 90 percent in their seventies and eighties have some symptoms of BPH.  Many symptoms of BPH stem from obstruction of the urethra and gradual loss of bladder function, which results in incomplete emptying of the bladder.  The symptoms of BPH vary, but most common ones involve changes or problems with urination, such as:

Now there is an alternative to surgery in the treatment of an enlarged prostate.

See this amazing video that illustrates a procedure offered by Florida Urology Physicians.

Call Florida Urology Physicians for a consultation and see if you are a candidate for this treatment.