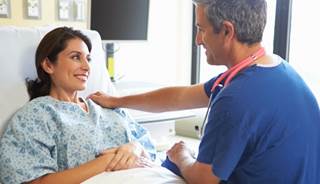 “Our results demonstrate that the efficacy of onabotulinumtoxinA injections is comparable with efficacy for idiopathic OAB, providing tape malposition is excluded,” lead researcher Pawel Miotla, MD, of the Medical University of Lublin in Poland, and colleagues revealed in International Urogynecology Journal.

For the study, investigators compared the results of Botox injections in 49 women with de novo OAB symptoms after transobturator tape surgery and 53 women with idiopathic OAB. Prior to treatment, the women had experienced at least 1 urine leakage and more than 8 urinations per day. Anticholinergic drugs had failed to improve symptoms. During cystoscopy, surgeons injected onabotulinumtoxinA (100 U) in 20 locations within the bladder wall.

Twelve weeks after treatment, 38.8% of patients in the de novo OAB group and 41.5% in the idiopathic OAB group were dry. Botox treatment reduced the number of daily urinations by 2.39 and 2.0 in the idiopathic and de novo OAB groups, respectively, and daily incontinence by 1.38 and 1.44 episodes. The average volume of urine voided (greater than 90 mL) increased in both groups. The findings were in line with previous research demonstrating the success of botox injections for idiopathic OAB.

Urinary tract infections occurred in just 4% of patients, lower than in previous trials, perhaps because the healthcare team administered antibiotics before and after cystoscopy and when post-void residual volume was elevated. Urinary retention occurred in 3 women with de novo OAB and 1 woman with idiopathic OAB; a few required catheterization. According to researchers, these rates were “acceptable.”

As the study involved only small numbers of patients and no control group, future randomized trials are needed.