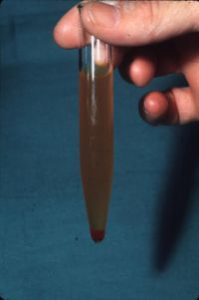 Postoperative radiotherapy for men who have persistently elevated PSA levels following radical prostatectomy (RP) for prostate cancer is associated with improved survival among patients with adverse pathologic characteristics, according to a new study.

In addition, persistently elevated PSA after RP is not always associated with a poor prognosis.

Radiotherapy for prostate cancer patients with persistently elevated PSA after radical surgery improved survival only among those with worse pathologic characteristics.

Giorgio Gandaglia, MD, of IRCCS Ospedale San Raffaele and Vita-Salute San Raffaele University in Milan, Italy, and colleagues studied 496 men who underwent RP and lymph node dissection at 2 referral centers from 1994 to 2014 and had persistently elevated PSA (0.1 to 2 ng/mL at 6 to 8 weeks after RP. The group consisted of 251 men who underwent postoperative radiotherapy and 245 who did not.

The median follow-up for survivors was 110 months, the investigators reported in a paper published online ahead of print in European Urology. In all, 49 patients died from prostate cancer.

The association between CSM-free survival and PSA at 6 to 8 weeks differed by the baseline risk of CSM, as defined by pathologic characteristics. The effect of increasing PSA was evident only in patients with a CSM risk of 10% or more.  “Increasing PSA levels should be considered as predictor of mortality exclusively in men with worse pathologic characteristics,” the investigators concluded.